Among the finest of their generation, these maestro watchmakers take months, if not years, to complete a single timepiece.

Each of these watchmakers have forged their own legacy. 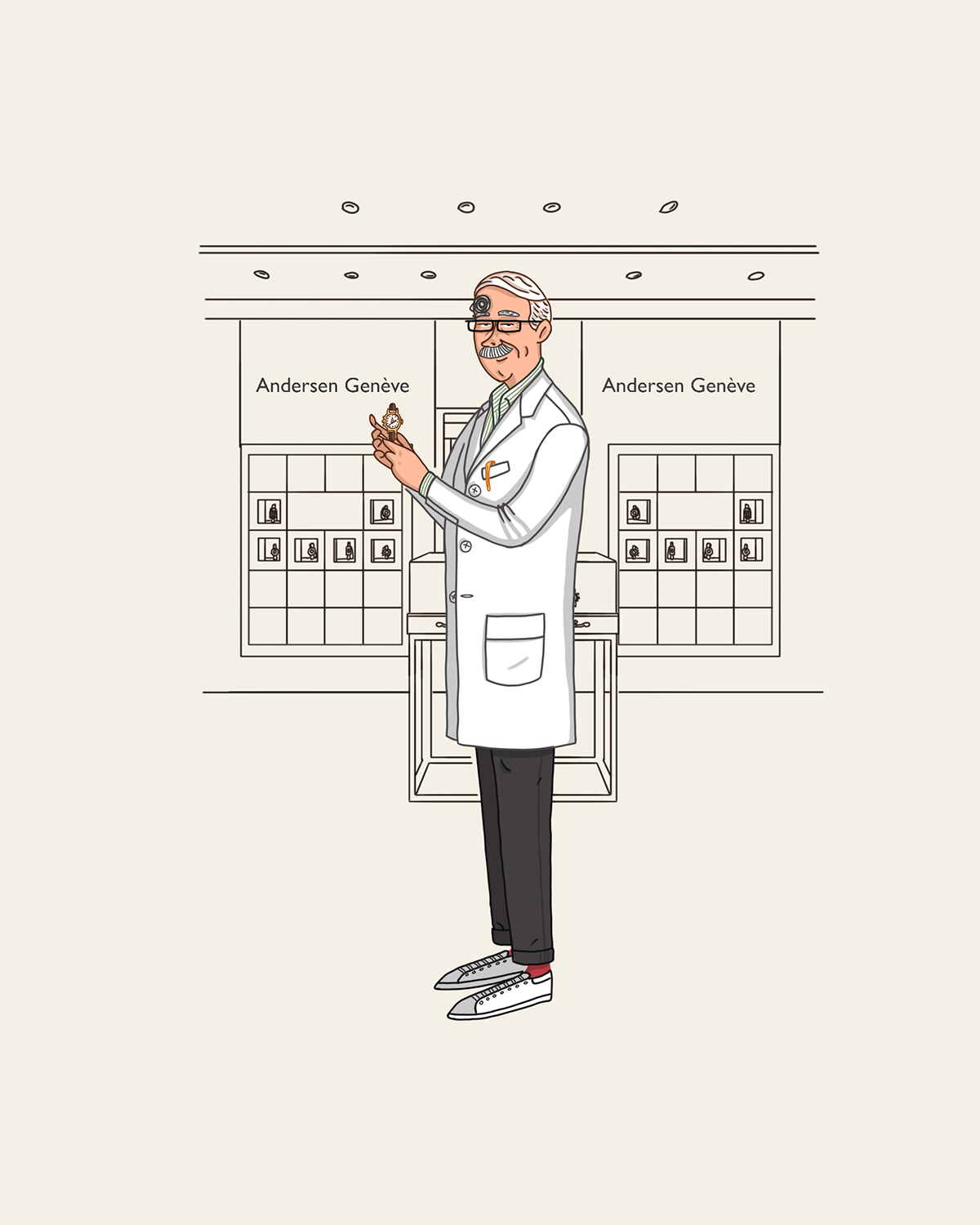 The Danish-born watchmaker is a hugely influential figure in the watch industry. He spent nine years building high complications at Patek Philippe before setting out on his own. 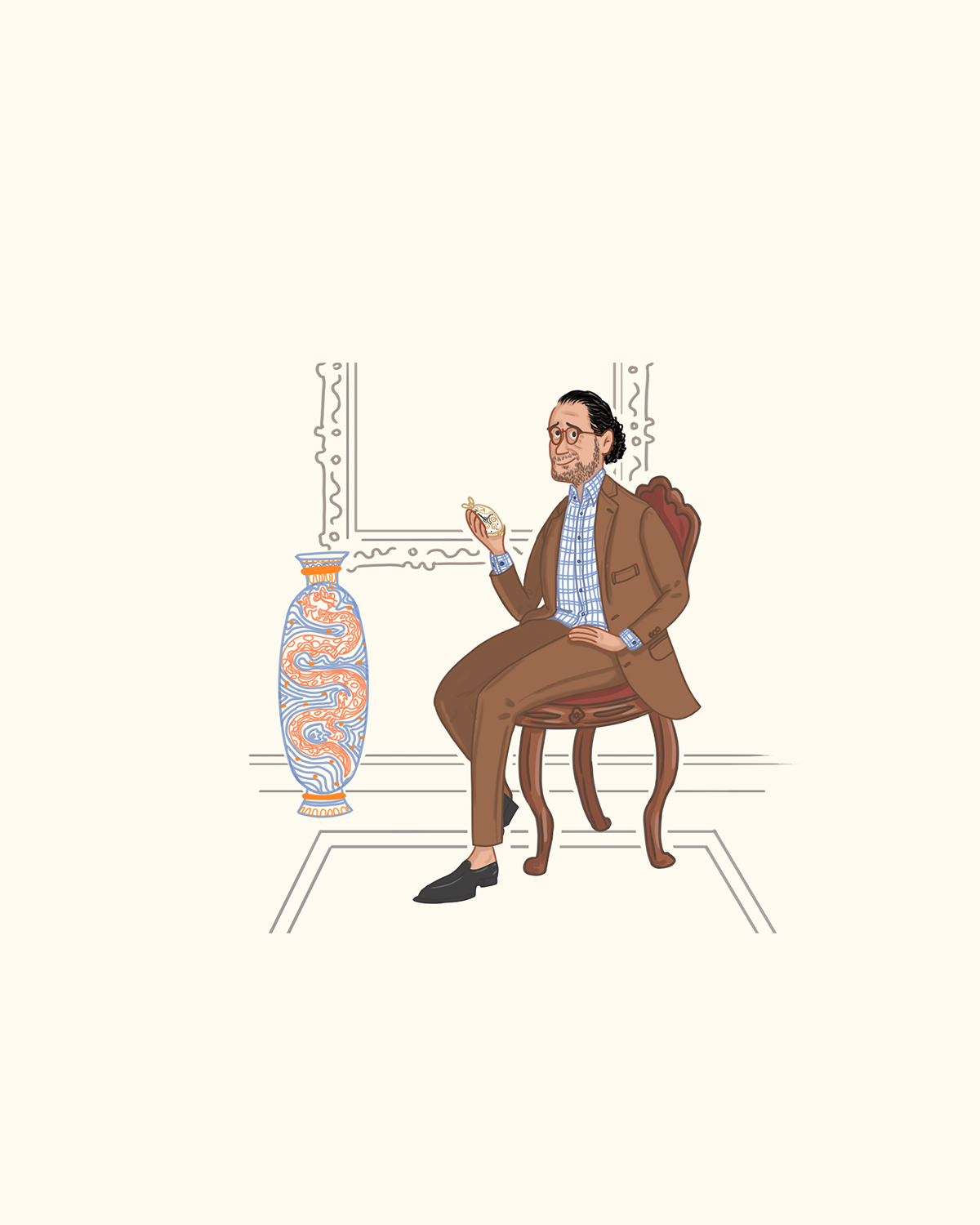 An eccentric watchmaker who served as the master craftsman at F.P. Journe for seven years, Ludovic Ballouard is a rare watchmaker who impresses with the wit and technical ingenuity he brings to his timepieces. 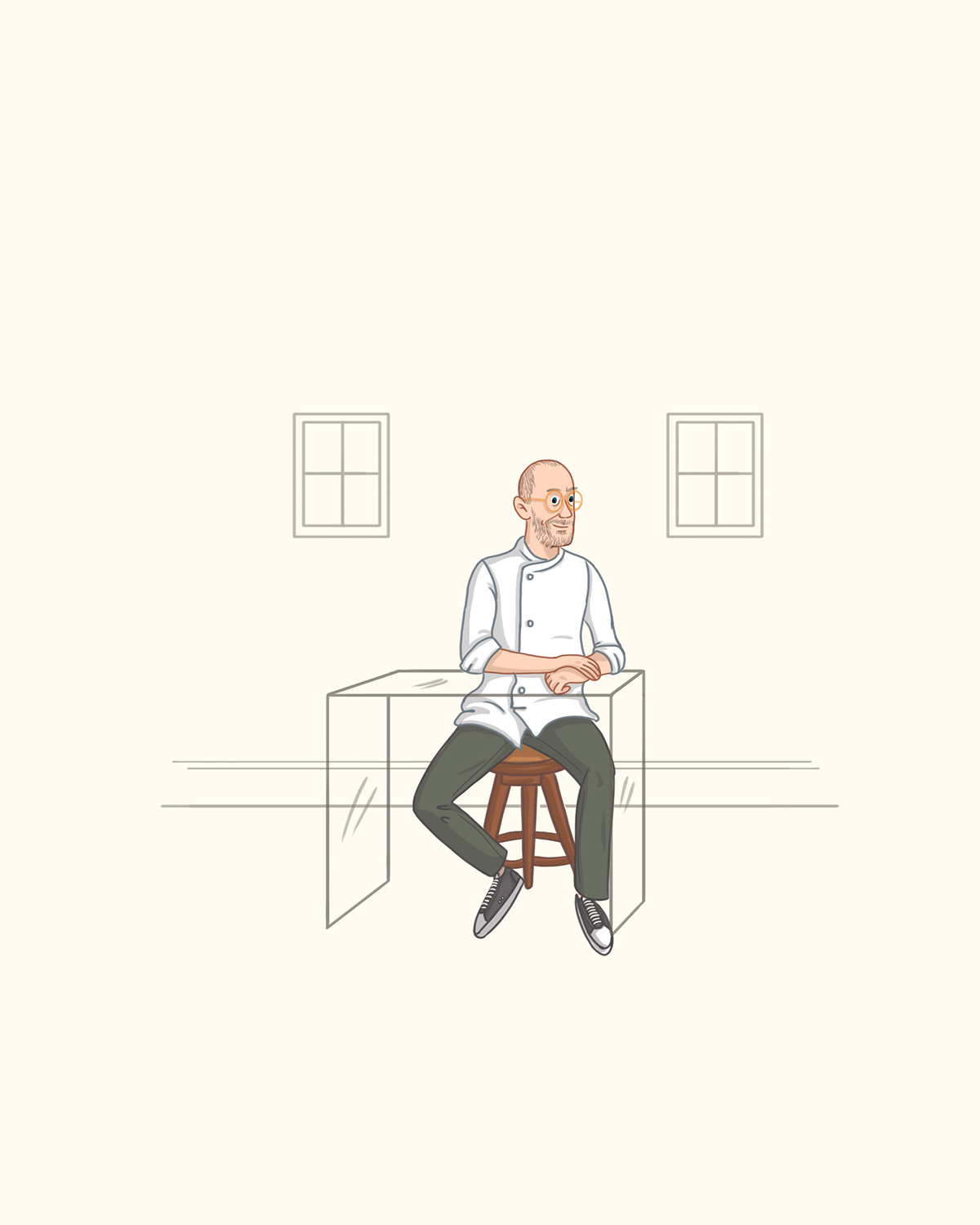 A third-generation watchmaker whose work is steeped in the traditions of the Vallée de Joux, Candaux is a consummate all-round watchmaking talent. 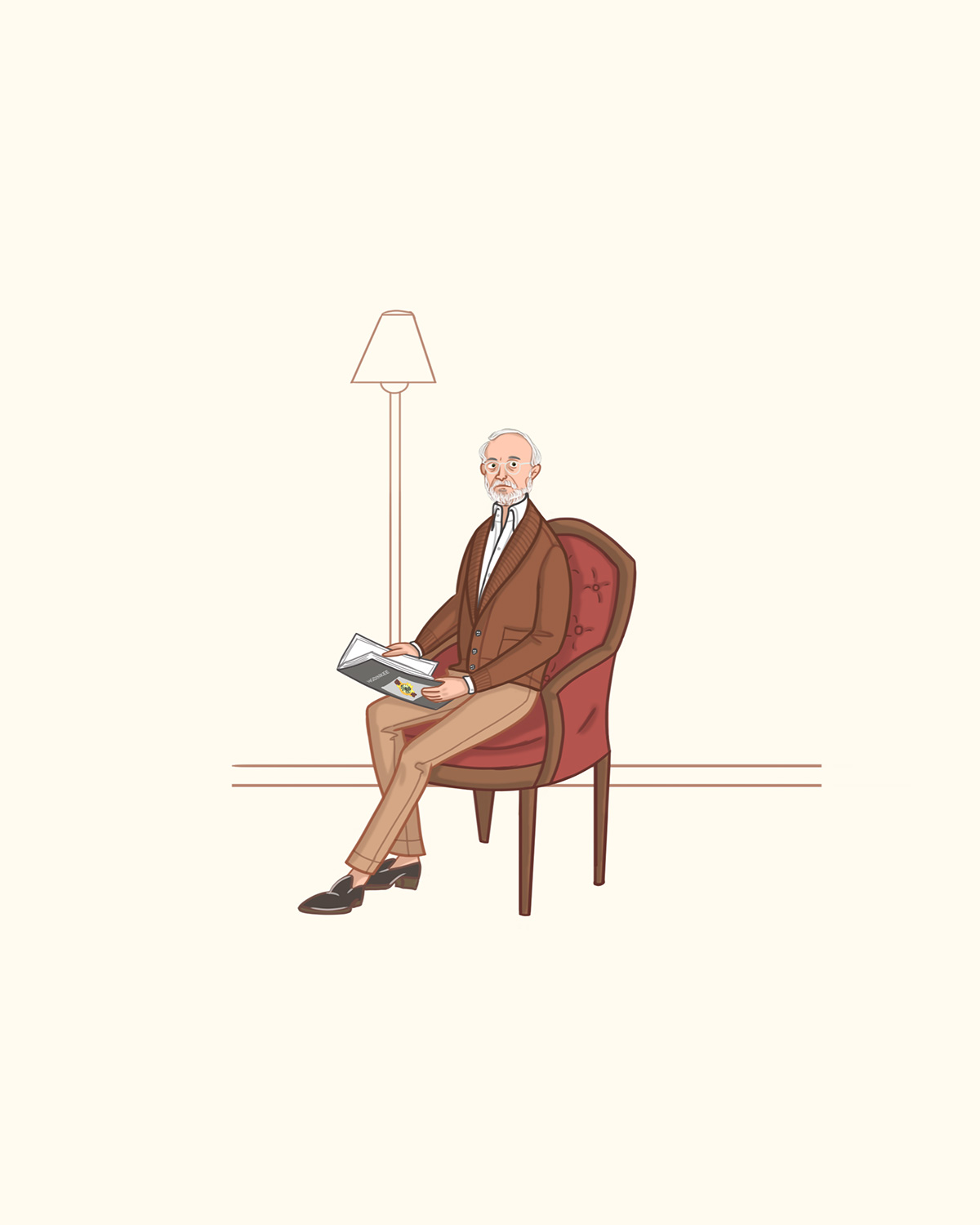 The Geneva-based watchmaker spent 37 years at Patek Phillipe before setting up his own eponymous brand in 2010. Over the last decade, he has created timepieces that are steeped in the finest haute horology traditions. 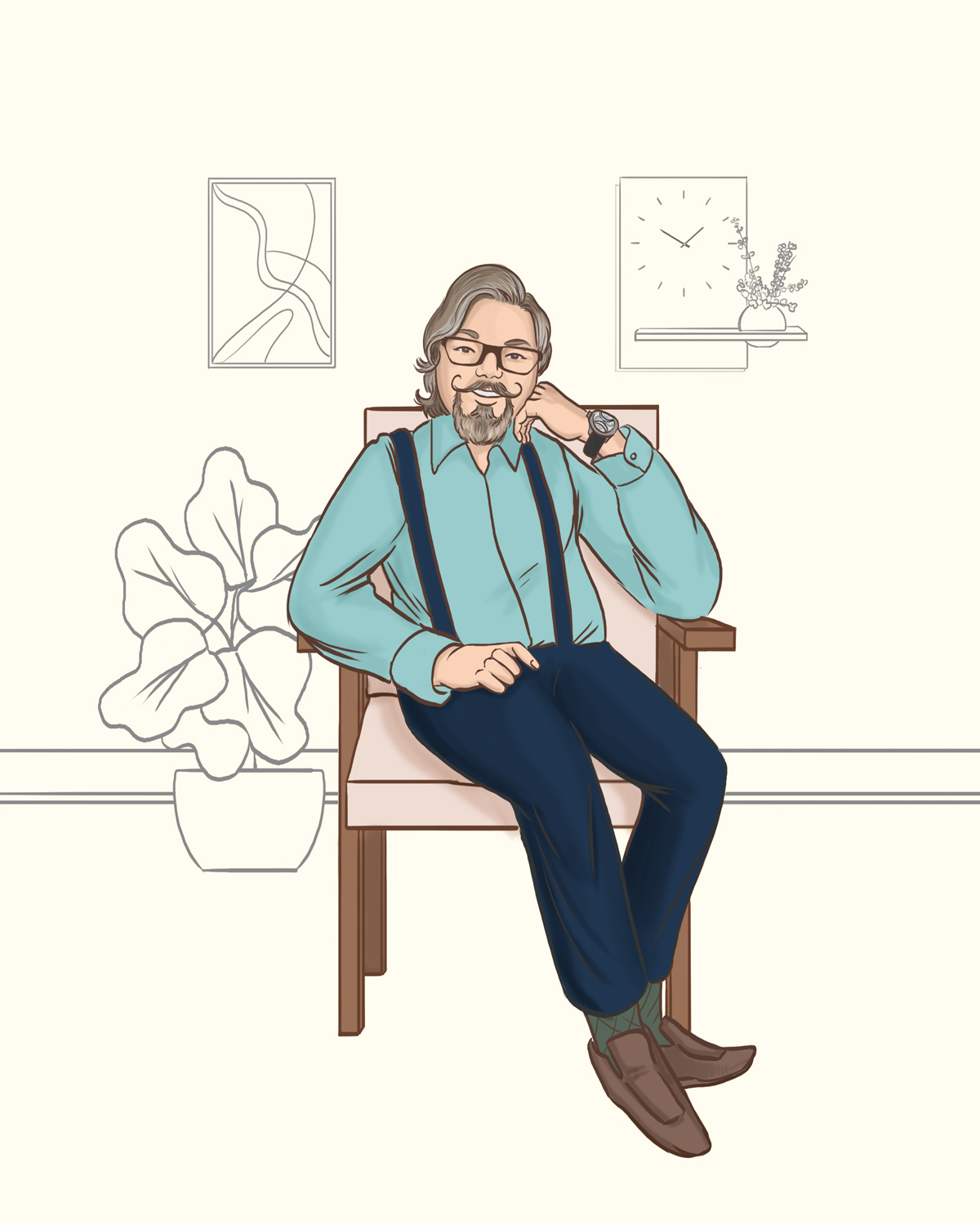 With innovation as one of his prime strengths, Andreas Strehler established his career as an independent watchmaker in 1995, creating for him and others legendary horological wonders along the way... 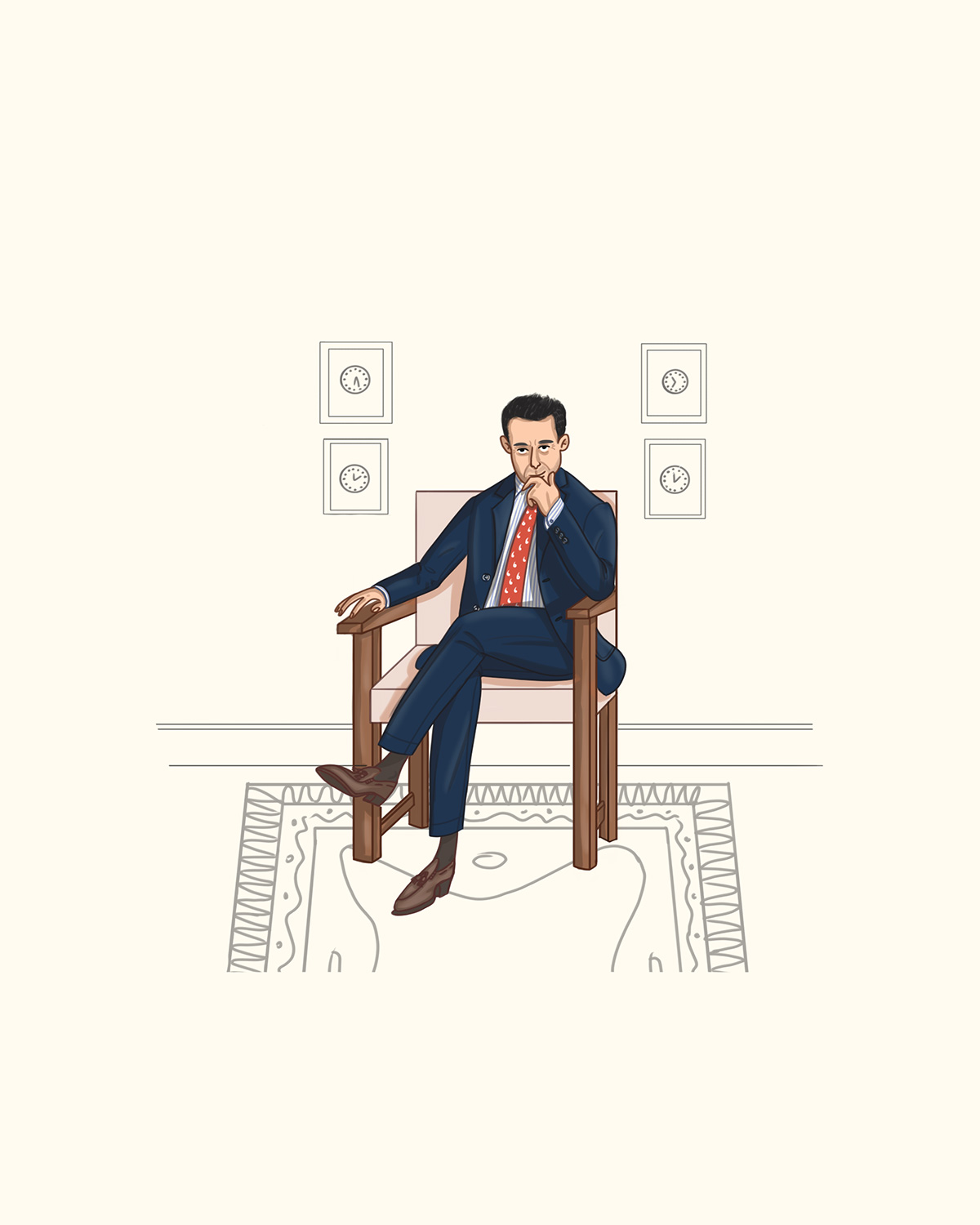 With a background in precision engineering and manufacturing of components, Romain Gauthier established his eponymous watch company making highly technical yet wearable timepieces in the Swiss Jura in 2005. 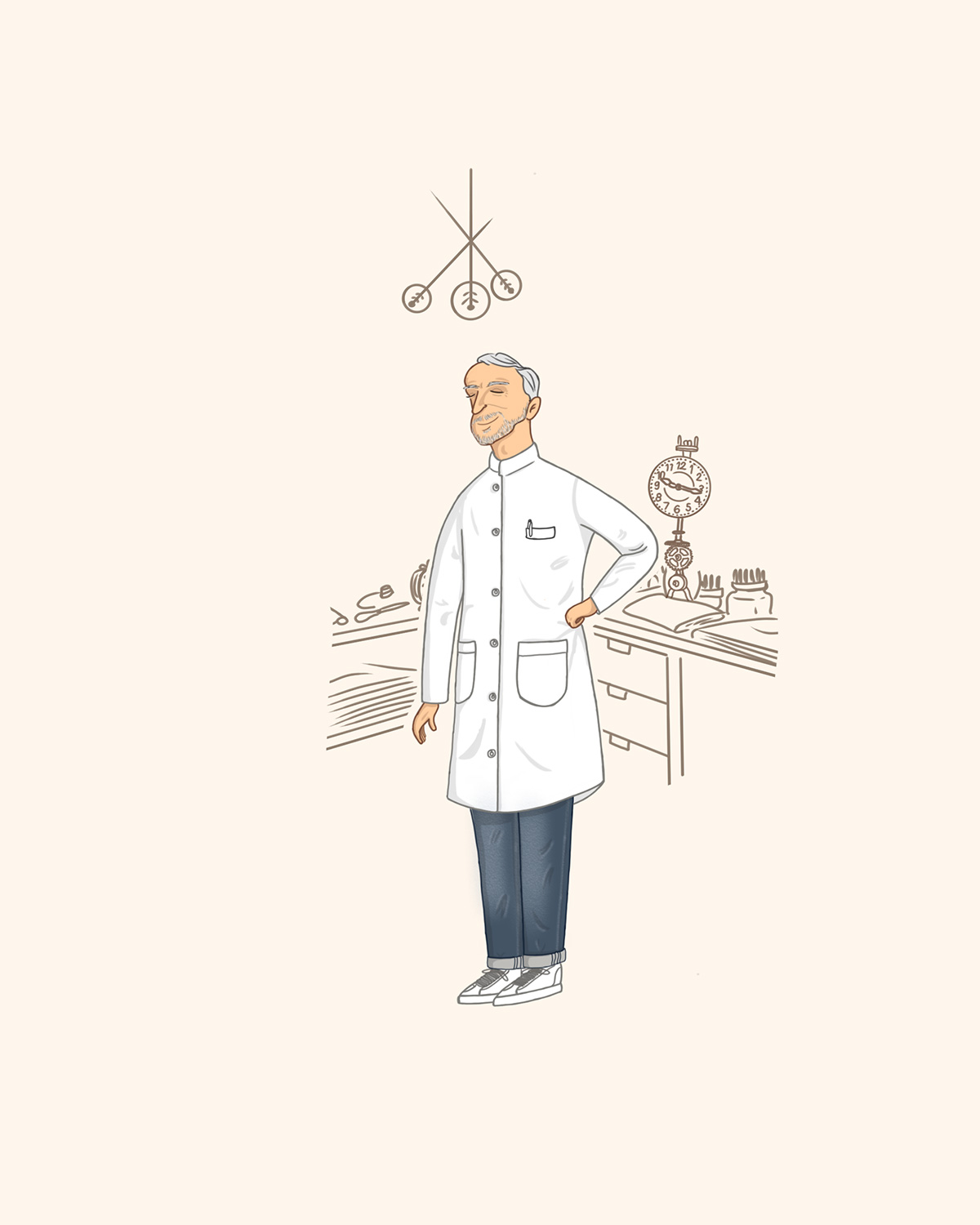 Known for his wildly inventive ways and the steampunk aesthetic he brings to some of his timepieces, Vianney Halter is a once-in-a-generation watchmaker with an exciting body of work. 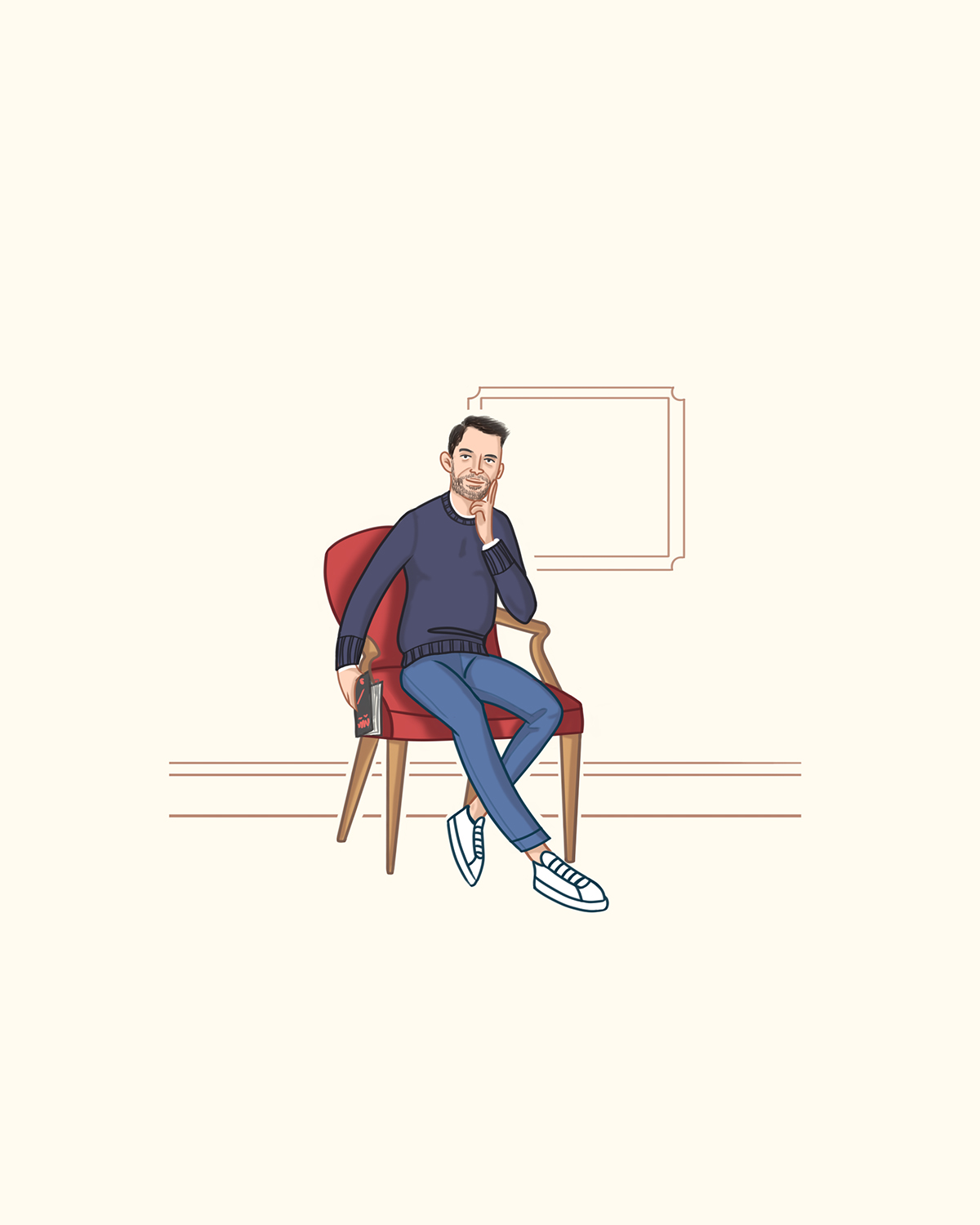 With a background in restoration and a penchant for high quality movement finishing, the young Raúl Pagès’ is a rising star in the watchmaking universe. 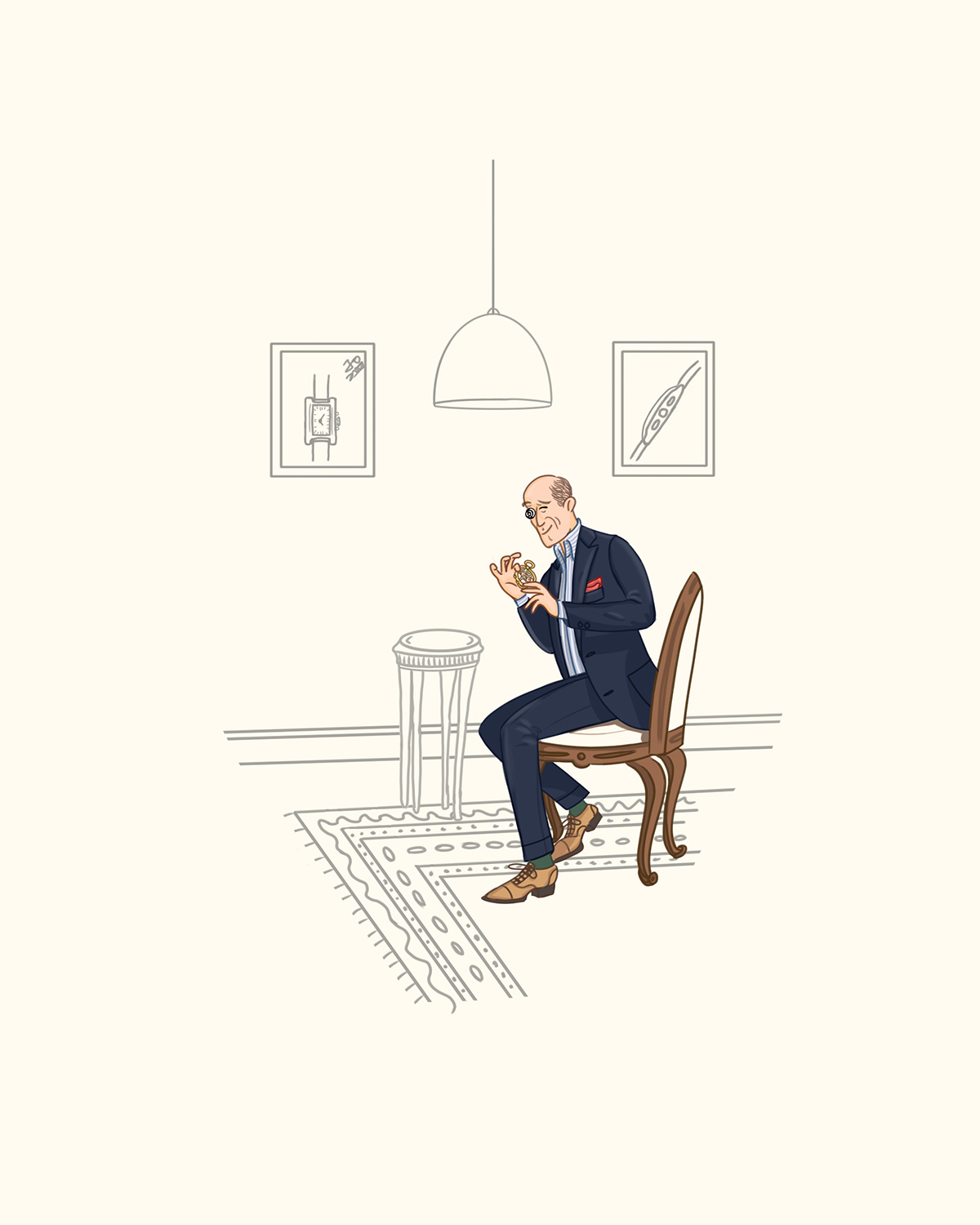 The Finnish maestro is a senior statesman in the world of horology today. His timepieces, combining technical ingenuity and classical style, continue to vow a new generation of collectors.

Svend Andersen was born in Denmark in 1942. Armed with the watchmaking credentials he had earned in Denmark, he went to Switzerland in 1963 to further his learning. He started his career at Gübelin Lucerne in the after-sales service before moving to their Geneva office.

In 1969 he made a a unique Bottle Clock which was displayed at the “Montres et Bijoux” Show. This Bottle Clock brought him widespread acclaim and as word of his talent spread, he was snapped up by Patek Philippe to work in their Atelier des Grandes Complications. After spending nine years making high complications for the renowned Geneva brand, he set out as an independent watchmaker. Andersen Genève today is known for complicated watches like the Annual Calendar, Perpetual Calendar, and Jumping Hour Calendar.

Andersen co-founded the influential AHCI (Académie Horlogère des Créateurs Indépendants) in 1985. He also holds a Guinness World Record to his name – in 1989 he developed the smallest calendar watch (6.5 x 17.4mm); roughly the size of a match head. To his immense credit, he also helped nurture the talent of a new generation watchmakers including Felix Baumgartner, Franck Muller, and Philippe Quentin.

Born in 1971 in Brittany to a Breton father and a Dutch mother, Ludovic Ballouard grew up close to the sea with a special interest in assembling and flying radio-controlled model aircrafts. Given his apparent abilities in assembling and dissembling things, a teacher suggested he take up watchmaking and thus began his journey.

There wasn’t enough work for a watchmaker in Brittany, so he sought employment as an airline technician for six years before he followed his dream of becoming a watchmaker and moved to Geneva. After a three-year stint in the after-sales services department at Franck Muller, his talent took him to F.P. Journe. In his last three years at F.P. Journe, Ludovic was responsible for assembling the outstanding and extremely complicated Sonnerie Souveraine.

In December 2009 Ballouard unveiled his first timepiece called Upside Down, a highly complicated and eccentric wristwatch with the utmost simplicity in its presentation of time. Buoyed by the reception Upside Down received, he presented Half Time in 2012. Ballouard believes that the dial should bring a smile to your face while the movement should captivate, which is exactly what his watches do.

Born and raised in the Vallée de Joux, Candaux is a third-generation watchmaker. He was only 14-year-old when he joined Jaeger-LeCoultre as the maison’s youngest ever apprentice. By his own admission, it was here under the tutelage of industry titans Günter Blümlein and Henry-John Belmont, that his love for haute horology was cemented. Blümlein, especially, was a big influence as evident even today Candaux’s timepieces. The engraving ‘Le coeur et léspirit’ seen on his watches comes from something that Blümlein had said to him – “A watch must speak to the heart and mind.”

Over the years Candaux has worked with several haute horology brands and his work can be seen in timepieces like the MB&F HM6 (on the movement) and the Jaeger-LeCoultre Hybris Mechanica Grand Sonnerie. He launched D. Candaux as an independent brand with a stunning first watch, the 1740 First 8 in 2017. A watch that was 17 years in the making, 1740 First 8 was a tribute to the watchmaking tradition of the valley (1740 was the year a watchmaker was officially documented as working in the region). For his first watch, he developed and patented a pop-up crown made from 31 components.

Candaux is a bit of an all-rounder. He decorates, assembles and adjusts all his timepieces himself. Not just that, he also designs and engineers the components that go into the making of each watch. His finishing techniques are exemplary, the ‘Côtes du Solliat’ finishing pattern that he applies is unique and cannot be copied by modern machines.

As a third generation watchmaker, Laurent Ferrier has always believed in perpetuating the exceptional nature of Swiss horology. A hallmark of each Laurent Ferrier creation is the harmony he manages to achieve between pure, balanced design inspired by centuries of history and technically avant-garde movements.

A keen motor-racing enthusiast, Laurent Ferrier has an undying love for for roaring engines and gleaming bodywork. In the 1970s, Ferrier participated in some of the most prestigious races of the day, including the legendary Le Mans 24 Hours race. He raced seven times at the Le Mans 24 Hours race, taking first place in the 2-litre prototype category in 1977.

Within the motor-racing circles, he became acquainted with François Servanin, an industrialist and racing driver himself. Their shared passion for mechanics and speed cemented their friendship, and in 1979 they came third in the overall rankings of the Le Mans 24 Hours at the wheel of a Porsche 935T. A performance all the more remarkable in that their competitors were professional F1 drivers! This competitive spirit was to lead them to the Laurent Ferrier watchmaking venture that began in 2008.

Andreas Strehler first took an apprenticeship as a watchmaker in 1987, at Frauenfeld school, Solothurn Switzerland. By 1991, he garnered 4 years of experience as a head prototypist at Renaud et Papi. In the year 1995, he officially became an independent watchmaker.

In 2005, he founded UhrTeil AG, an engineering firm that is the manufacturing extension of Andreas Strehler watches, movements, and more. The watchmaker has patents for compensating carbon balance and an alternate display and also developed the Chronoswiss movement, Maurice Lacroix manufacture movement and among others the H.Moser & Cie base movements.

A Swiss national, Gauthier started his career as an operator at François Golay, a company that produced wheels and other watch components and would later become part of the Swatch Group. Having studied mechanics and engineering, Gauthier realised during the time he spent tinkering with parts and components that the end goal for him was always going to be the creation of a watch company.

Whilst still employed at the François Golay, Gauthier completed an MBA from Lausanne Business School even presenting a business plan for his watch company as his thesis. Encouraged by the proprietor of François Golay, he worked nights and weekends to design and build components for his first watch.

In 2005, Romain Gauthier founded his eponymous brand and two years later unveiled his first offering, the Prestige HM. The brand has four in-house calibers and is known for its technical movements. His 21st-century reinterpretation of a chain-and-fusee constant-force mechanism with a pioneering winding pusher, as seen on the Logical One timepiece, won him the Best Men’s Complication prize at the Grand Prix d’Horlogerie de Genève (GPHG) awards in 2013.

Vianney Halter was born in Suresnes, a commune in the western suburbs of Paris in 1963. At the age of 14 he set his mind on deepening his knowledge of mechanics, took the train to the capital and enrolled himself at the Ecole Horlogère de Paris (Paris Watchmaking School). After graduating in 1980, Vianney Halter spent the first 10 years of his professional life restoring antique horological items and broadening his knowledge. By 1994, he was independently producing complicated timepieces for famous brands such as Harry Winston, Breguet and Audemars Piguet.

In 1998, he presented the first model under his own brand name, the Antiqua Perpetual Calendar, at the Basel Fair. With its industrial, steampunk aesthetic and ingenious movement construction, the watch immediately created a stir in the collecting community. His fame has only grown in leaps and bounds since then.

In the following years, Vianney Halter created 10 different wristwatch models. In 2013 he unveiled the Deep Space Tourbillon, a futuristic three-axis tourbillon under a crystal dome. Halter has cited literature, especially the work of Jules Verne, as a source of creative inspiration. An early member of the AHCI (Academie Horlogeres des Createurs Independants), Halter won the Meilleur Horloger-Concepteur at the 2011 Grand Prix d’Horlogerie de Genève (GPHG).

Swiss-born Spaniard Raúl Pagès was only 15 years-old when his keen interest in horology and quality craftsmanship took him at the prestigious Technical School in Le Locle where he finished with a dual specialisation in restoration and horological complications.

Like the Finnish master Kari Voutilainen, Pagès honed his skills restoring antique automatons and vintage clocks at Michel Parmigiani’s restoration workshop. A singing bird pistol, complicated automaton watches and Fabergé eggs were all among the pieces that passed through his workshop.

As much as he found restoration work gratifying, he knew that he was destined to work on his own timepiece some day. His first foray into independent work was an intricate Tortoise automaton, made from 18 carat gold, diamonds and sapphires. His first wristwatch, the Soberly Onyx is an understated gem featuring an Onyx dial and a vintage Cyma movement that he completed refinished and fitted with a balance wheel that was built according the methods prescribed in George Daniels’ seminal book Watchmaking. The Soberly Onyx’s exquisite finishing captured the imagination of the collecting community and even received praise for legends like Philippe Dufour. Pagès, is undoubtedly, among the brightest young talents on the independent scene today.

Kari Voutilainen was born in Finland in 1962 and has a passionate interest in horology spanning thirty years. He completed his initial watchmaker’s training at the world renowned watchmaking school of Tapiola in Finland.

He first came to Switzerland in 1989 to attend the International Watchmaking School, where he completed the WOSTEP complicated watch course, a post-graduate course for those dedicated to the restoration of complicated timepieces. He was quickly spotted by Parmigiani Mesure et Art du Temps, where over the following ten years he was at the centre of the restoration work done on some of the world’s rarest pieces as well as the creation of original ‘one-off’ pieces.

Giving back to others much of the fruit of his experience, Kari Voutilainen taught for the next three years at the WOSTEP School of Watchmaking, heading the department of complicated watchmaking. He also undertook the complete training of beginners, and added many new courses to the curriculum that he had devised himself.

Alongside his professional work, Kari Voutilainen has devoted himself, through many long evenings of tireless work over the last 15 years, to developing the ultimate perfection of new and unique mechanisms, which are represented in his highly elegant watches.