Introducing the newest timepiece by D. Candaux, weighing in at only 29.8 grams, the DC6 Black Phantom in Carbon combines traditional handmade watchmaking with modern materials and innovation. Precision craftsmanship allows the DC6 Black Phantom to remain waterproof at depths of 50 metres, an unusual feat for a watch of it’s calibre. The time piece features a forged composite case housing a bi plan incline tourbillon complication, the sharp contrast offers the elegance of a handmade masterpiece and the practicality of modern lightweight materials. 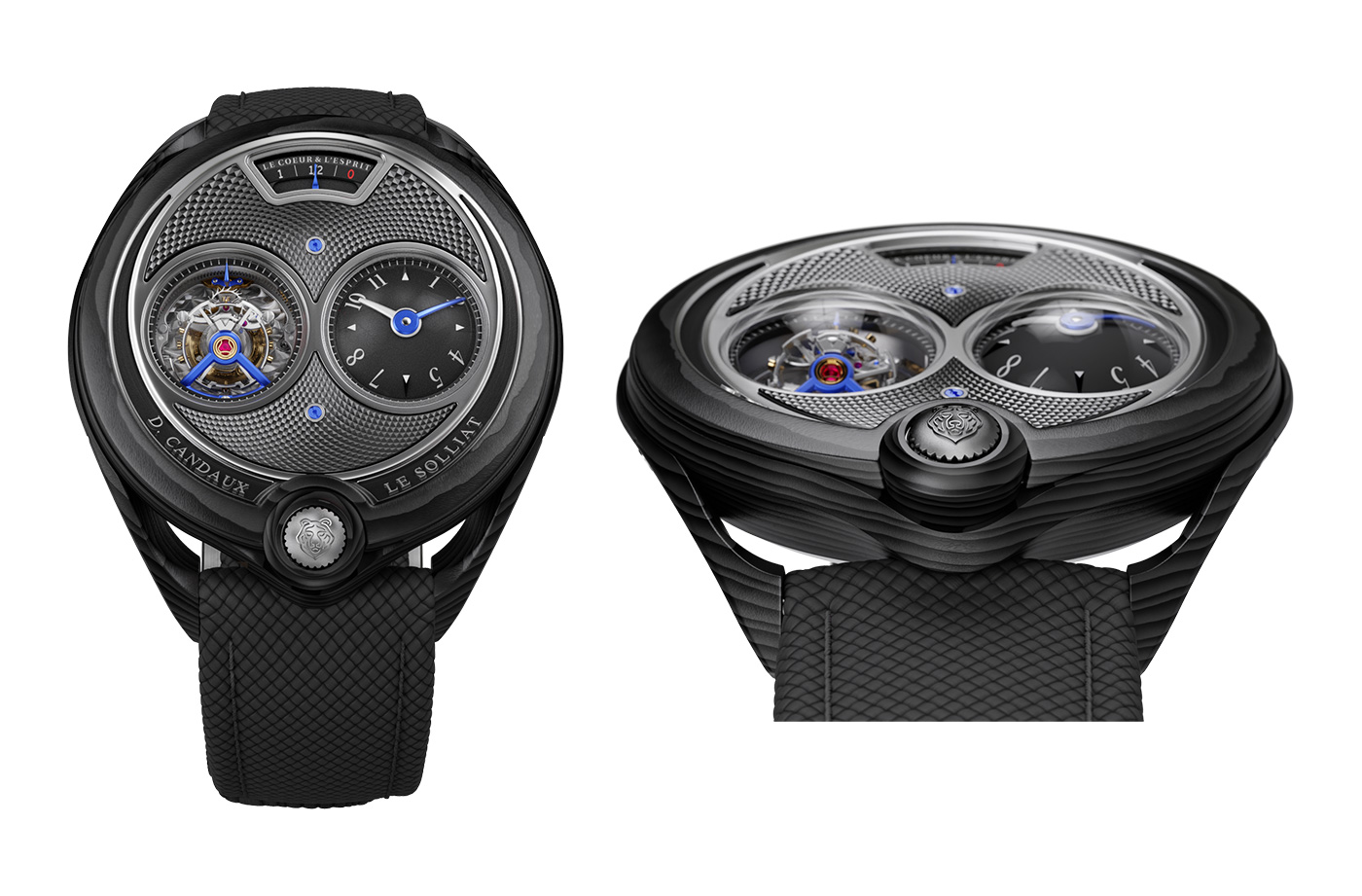 For centuries the Vallee de Joux, widely recognized as the birthplace of Swiss horology, has produced some of the world’s most acclaimed independent watchmakers. Located in the Jura Mountains just 30 miles north of Geneva, it’s harsh winters and stunning natural landscape provide a tranquil setting for craftsmen practicing a rare art form. Countless hours are spent assembling complications behind the wooden desks of an 18th century farmhouse dubbed “La Grand Piece,” the home and atelier of master watchmaker David Candaux.

As a third-generation master watchmaker, David Candaux spent his early years fully immersed in a culture founded upon traditional craftsmanship. After decades of honing his skills through a brilliant career with several renowned watch brands, David is prepared for his next chapter. Through the David Candaux Master-Piece Collection 1740, he brings forth knowledge passed on through generations, skills acquired over a spectacular career, and a valley watchmaker’s vision of a 21st century Haute Horlogerie. 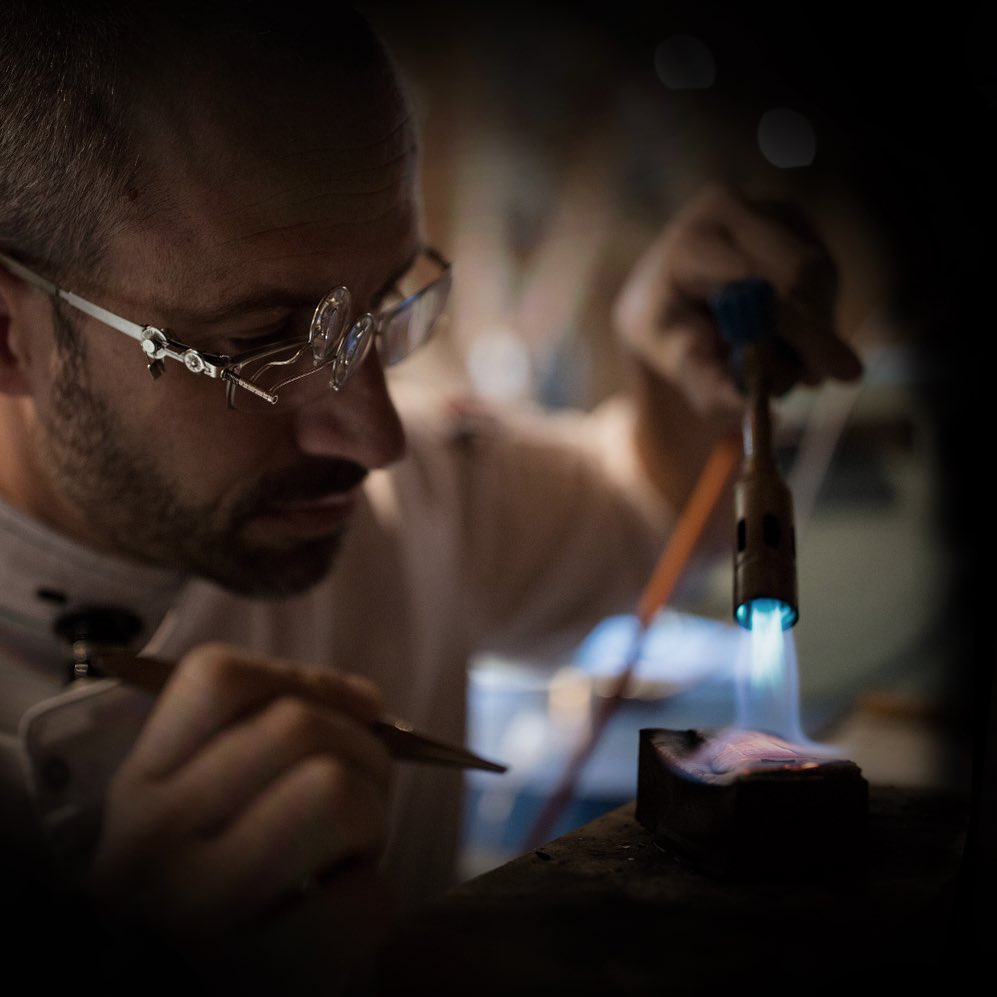 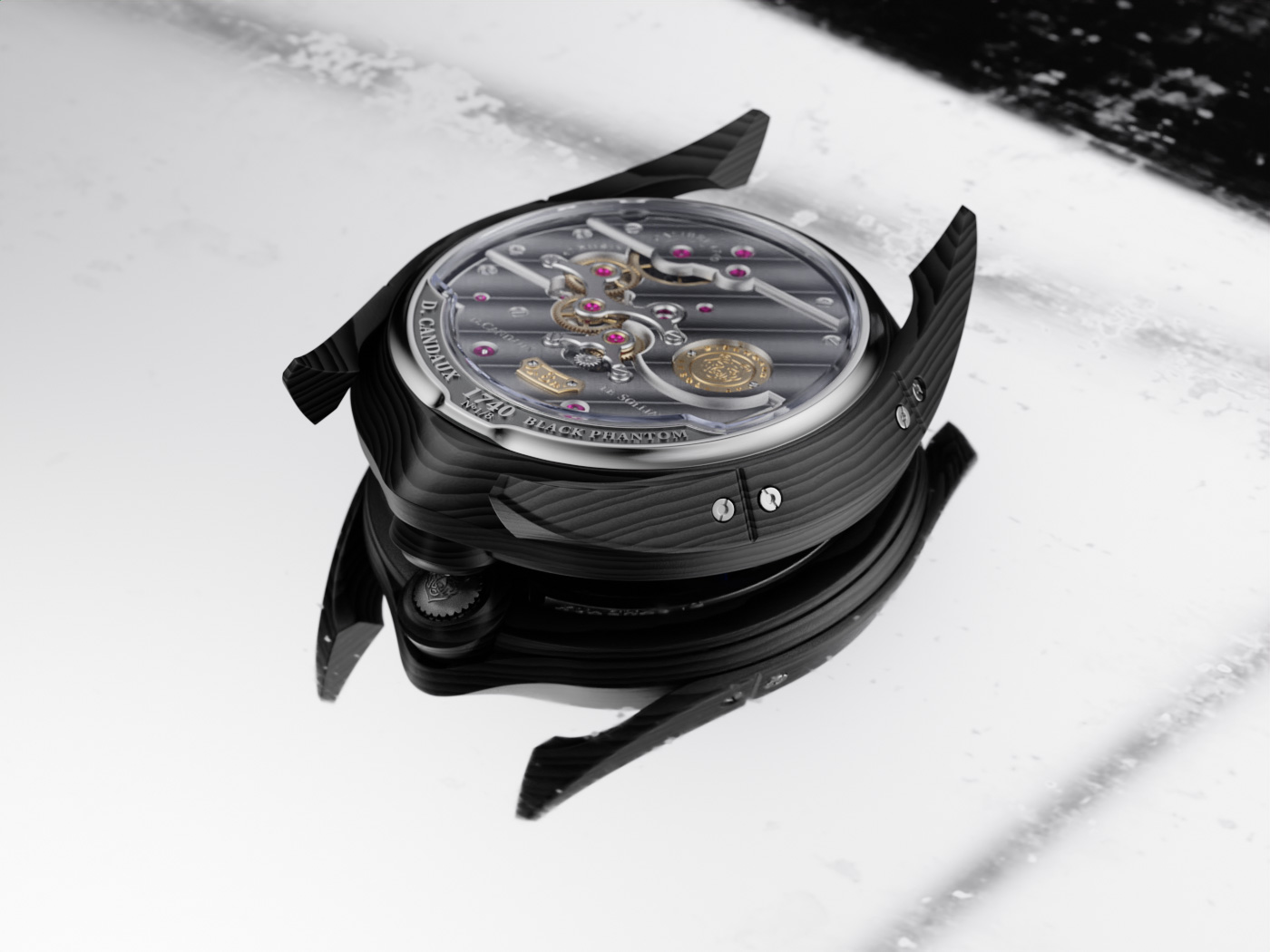 On the sidelines of the 2019 Baselworld exhibition, the prestigious academy known as The Académie Horlogère des Créateurs Indépendants, accepted watchmaking extraordinaire David Candaux as member. With little knowledge of the academy known to the general public, it has become highly acclaimed amongst connoisseurs of high-end, unique watches and clocks.

The Académie Horlogère des Créateurs Indépendants (AHCI, in English: “Academy of Independent Creators in Watchmaking”) is a reputable non- profit association, founded by Svend Andersen and Vincent Calabrese in 1985. Both Anderson and Calabrese sought to perpetuate the art of independent watch and clock-making. The AHCI is a distinguished international institution with 30 Members, 7 honorary members and 8 candidates spanning over 15 countries.

The association was built upon the intent to promote innovation and skills within watchmaking, while unifying talents as a means to build a greater public presence and to create notoriety for its members.

The AHCI gives its members and candidates the opportunity to participate in joint exhibitions around the world. The first AHCI exhibition took place at Le Locle in 1985, and was followed by Baselworld in 1987. More than 30 years later, the AHCI unites over 30 idealists globally, through talent, passion, and the desire to expand their craft. In total, AHCI and its members have received 17 Grand Prix de l’Horlogerie de Genève trophies for exceptional advancements in craftsmanship and design. One of AHCI’s notable wins included the Special Jury Prize awarded for AHCI’s outstanding contribution to watchmaking.

Amongst AHCI’s honorary members, are notably famous names such as Georges Daniels, Peter Schmid, and Jean Kazès. As the academy climbs towards the modernization of the present, popular names such as Vincent Calabrese, François-Paul Journe, Vianney Halter, and Kari Voutilainen are now amongst AHCI’s most honored members. New member, David Candaux, was inducted and introduced into the academy by his mentor Philippe Dufour, who played an active role in having Candaux admitted.

Luxury watchmaking extraordinaire David Candaux, springs from the purest of watchmaking traditions via Vallée de Joux region, inhabiting its watchmaking customs. Through his early developed traits, allowing Candaux to represent the true values accustomed to high-end watchmaking within his own creations.

Candaux was born in Vallée de Joux, which is also known as the cradle of the high-end Swiss watchmaking, encompassing the watchmaking environment he’s lived in since birth. Like his grand-father, and father Daniel Candaux, he has mastered the complex heights of master watchmaking. Through generations of knowledge, Candaux is able to specialize in high-end complications for Patek Philippe, allowing him to discover and fall in love with the atmosphere of watchmaking workshops, permeating his work rhythm of concentration, silence and quietness.

David’s divine destiny in watchmaking began with an apprenticeship when he is only 15 years old. From there, he graciously sought additional trainings other than his natural watchmaking ability, to improve mastery within his art, building upon engineering discipline, watchmaking history, business management and development.

With being just shy of 40 years old, Candaux has almost 25 years of experience in watchmaking, allowing his knowledge to extends from the historical bounds of watchmaking and restauration of antiques, to the creating highly-complicated contemporary timepieces.

Candaux is an innovator of watchmaking craftsman, designing and producing each of his D.Candaux creations with the most exquisite traditions and customs associated with watchmaking. He thoroughly and effortlessly executes all artistry and decoration by hand, including the assembly and setting of all his timeless pieces. More info on D.Candaux timepieces 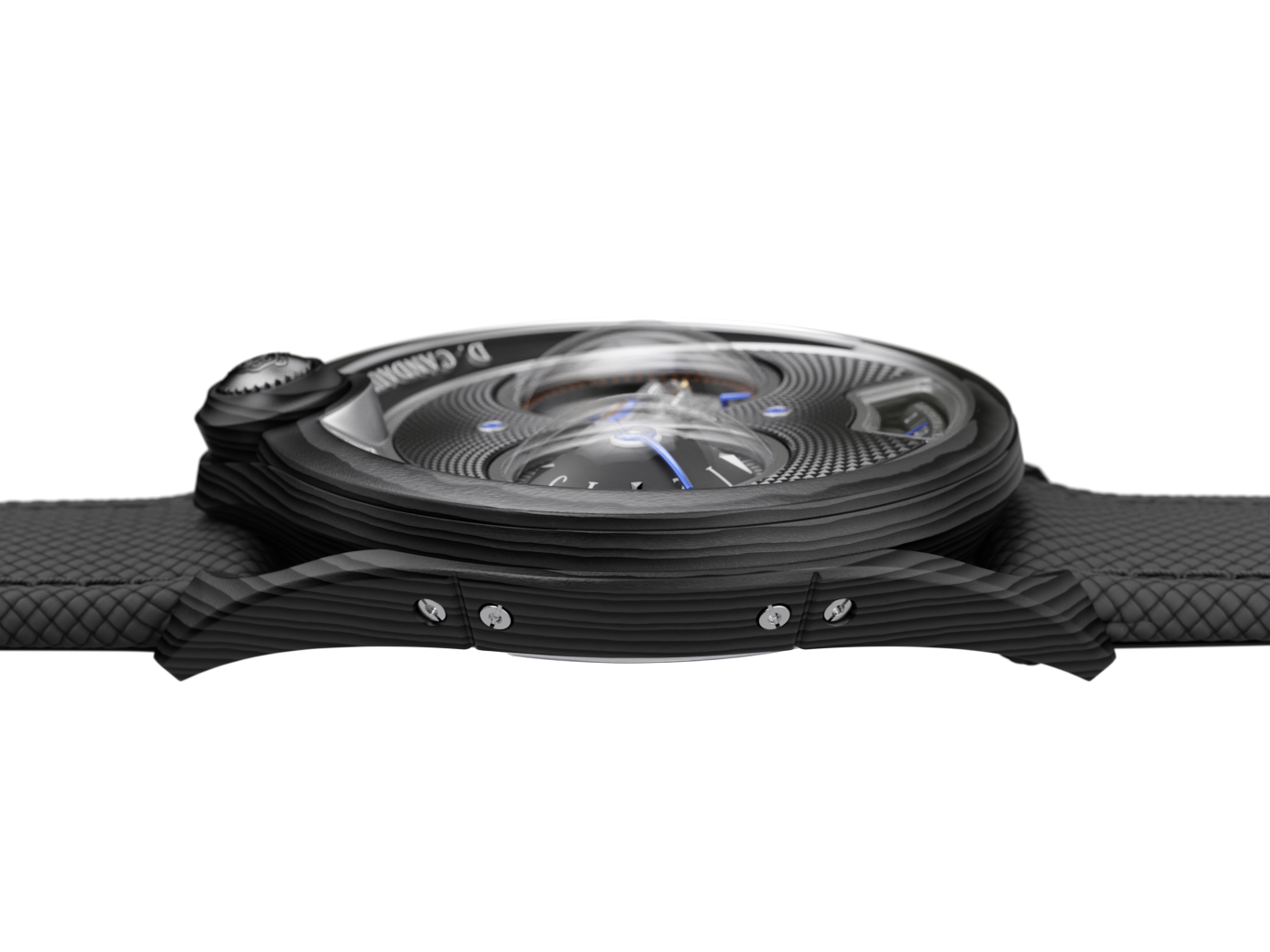 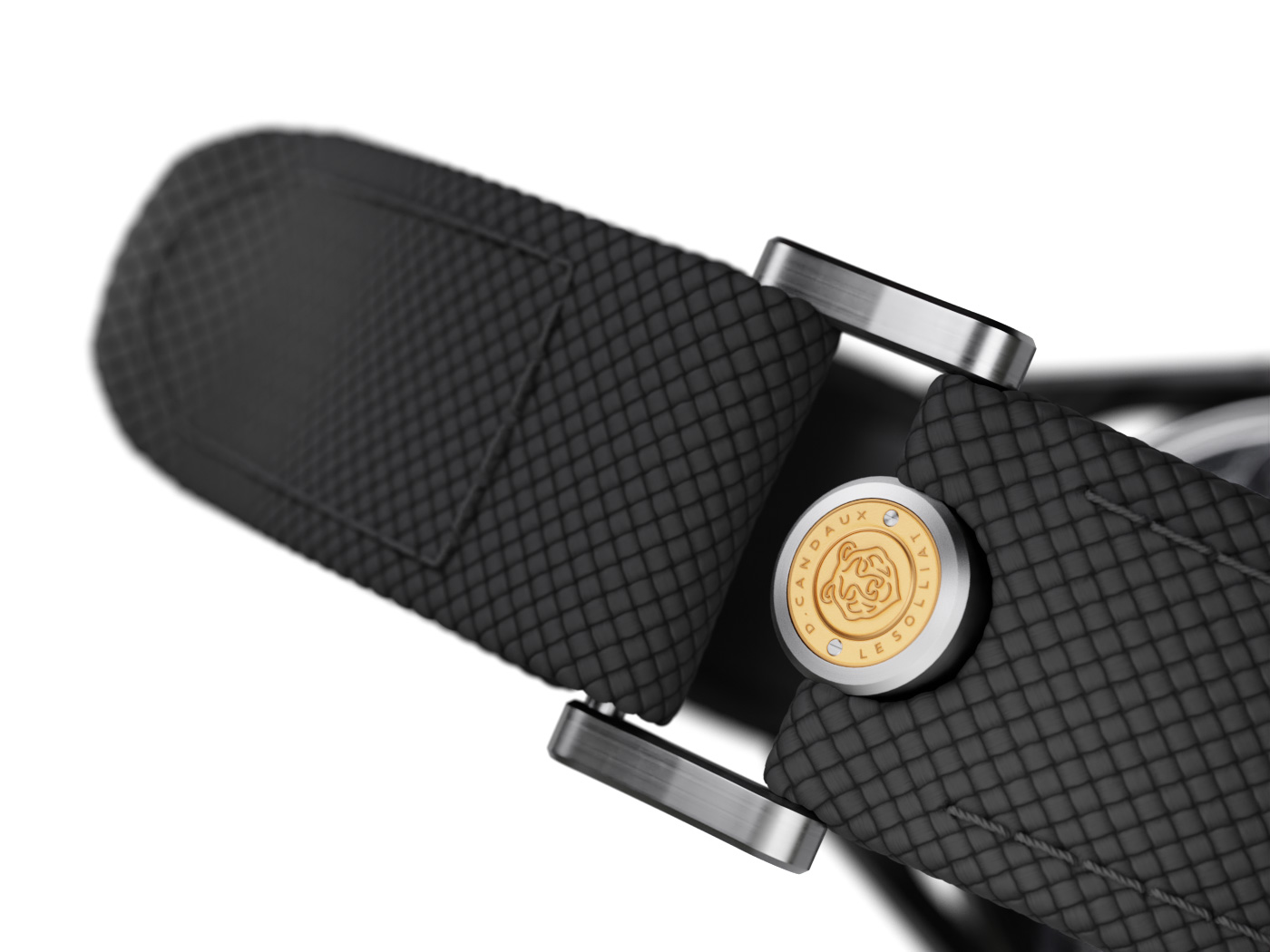