“The DC7 Genesis is the most minimalist watch I’ve designed in the space of twenty years – and it’s the one that has most of me in it. It brings together the essence of our three generations of watchmakers here in the Vallée de Joux, and lays the foundations for forthcoming pieces. It’s the most personal, intimate watch I’ve ever produced.” 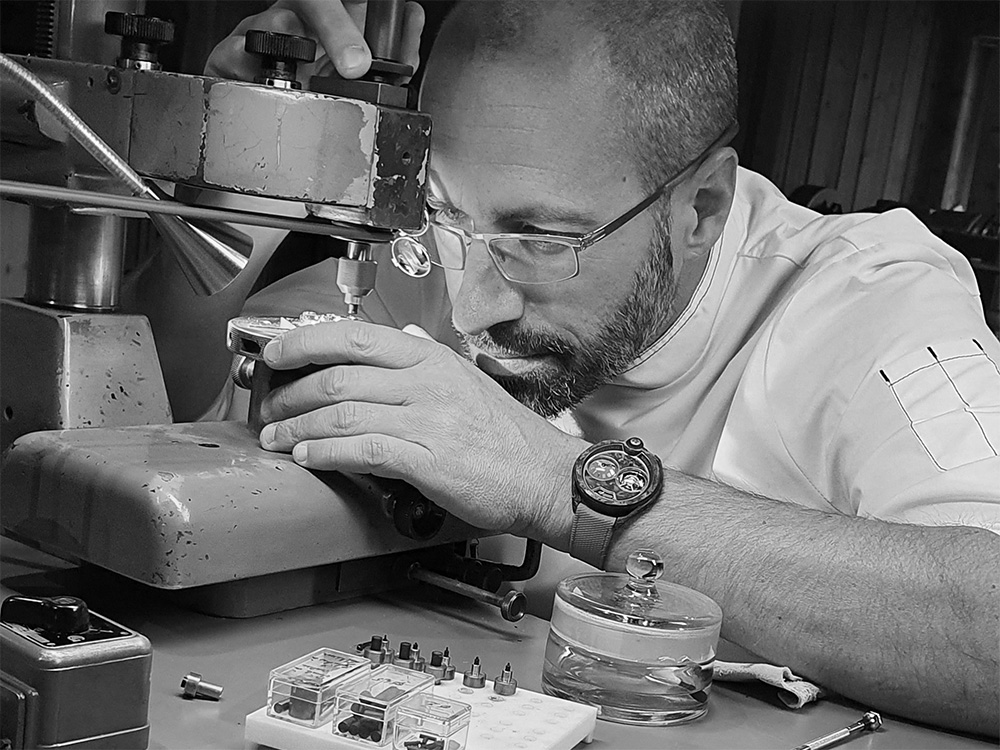 The ‘Genesis’ name leaves no room for doubt. Christening his DC7 thus, David Candaux captures the creative essence of the art of the Vallée de Joux and the depths of its ethos, in which he has been steeped: three generations of watchmaker craftsmen, masters of fine complications for firms such as Patek Philippe.

The watchmaker has pared back everything that possibly could be. Every line of the case and the movement has been crafted to produce absolutely perfect symmetry, with the proportions drawing inspiration directly from Leonardo da Vinci’s Vitruvian Man. The design of the movement features differently inclined surfaces, improving both comfort and readability.

For his third creation, independent watchmaker and Vallée de Joux -dweller David Candaux has poured his soul and creativity into an essential timepiece that’s minimalist in the extreme, marking a return to his brand’s fundamentals. This rare piece also marks out a path for further creations planned in the years ahead. 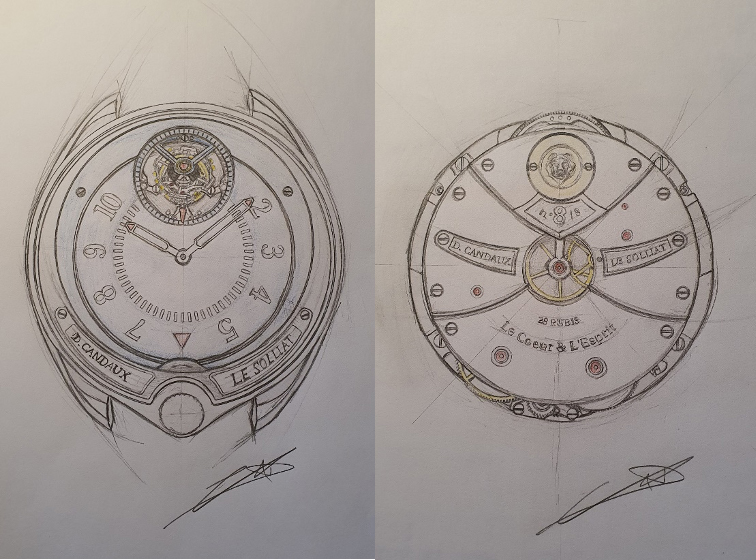 A movement replete with inclined planes

Whether viewed from the front or the rear, the DC7 is probably the only timepiece in the world to be perfectly symmetrical along the vertical axis running from 12 o’clock to 6 o’clock. On the dial side, this harmony is an achievement in its own right, given that the watch also features a biplanar tourbillon at 12 o’clock, set at 3° to the case. Inside the tourbillon cage, the balance wheel is inclined by a further 30°, reducing timekeeping drift caused by impacts and motion. The whole structure is housed within a dial that is itself inclined at a 3° angle to the case to provide optimum readability.

In a nutshell, the DC7 Genesis and its layered dial present a series of angles and vanishing lines that create unprecedented fluidity: the multiple inclines merge and interact to form a harmonious, coherent, readable, and natural whole. 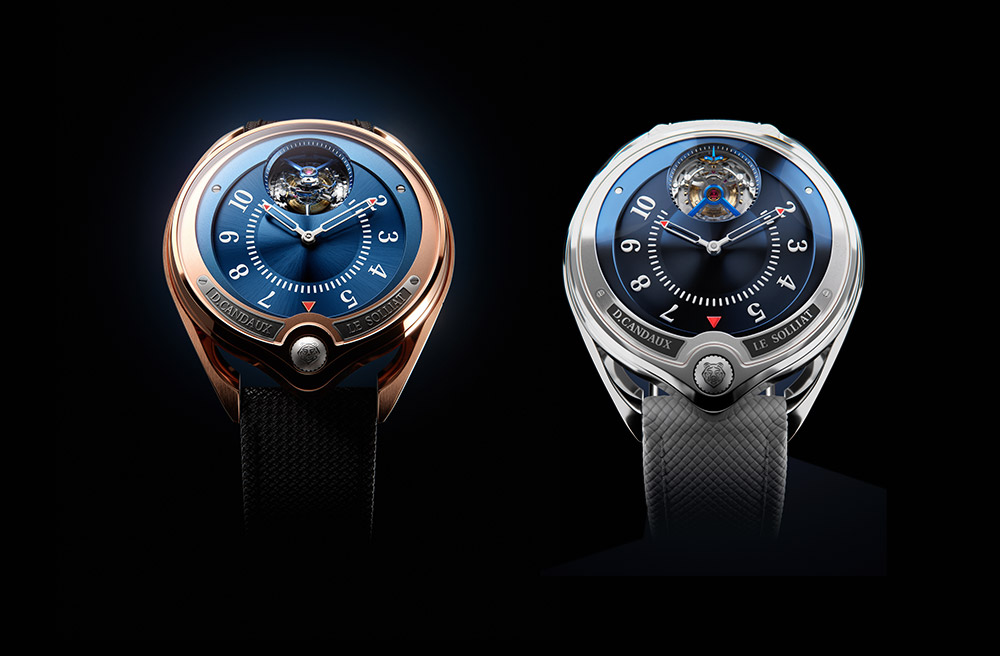 Nevertheless, the innards of the DC7 Genesis scale yet further heights of ambition, with a movement that is also perfectly symmetrical. This too is a technical feat: generally, each moving part, gear, jewel, and bridge imposes its own technical requirements on the aesthetic vision, and in most cases the latter has no option but to adjust accordingly. Not so with the DC7 Genesis: David Candaux has managed to design a movement that is also perfectly symmetrical around the same 12 o’clock – 6 o’clock axis.

To do so, the watchmaker has produced a completely new movement: the calibre 1700. Made from titanium, it has no fewer than 189 components and 28 olive-domed jewels, polished and rounded in the traditional way, and weighing in at just 24 grammes. 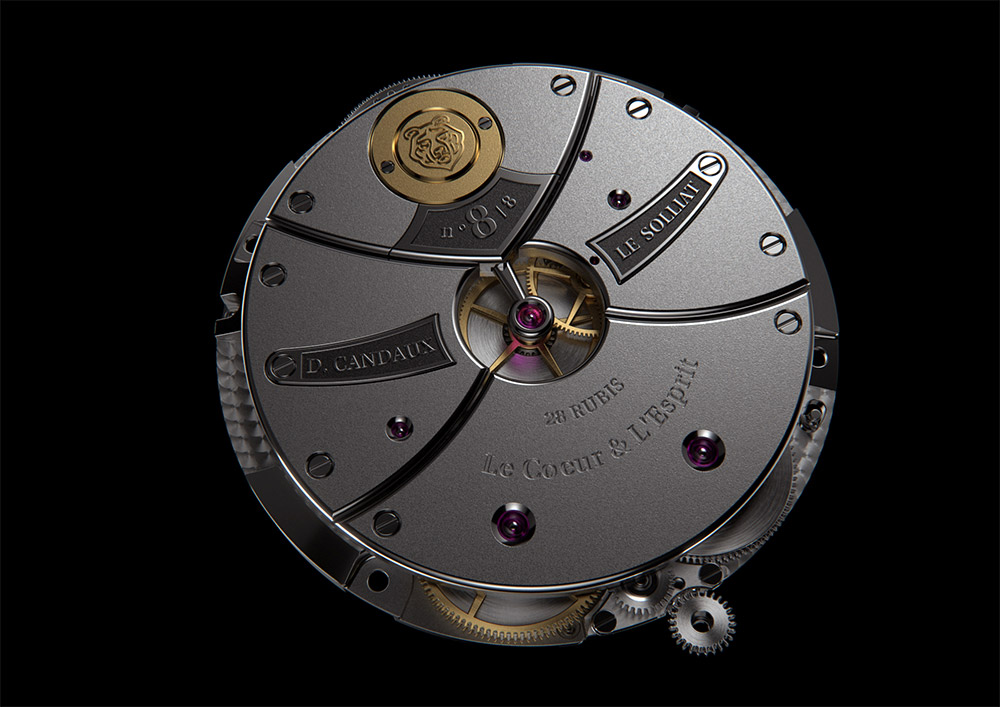 David Candaux is perfectly at ease amid all the intricacies of watchmaking construction, and puts his skill to full use in the architecture of the DC7 Genesis. The various angles at which the components are set blend together in complete and subtle fluidity, serving the twin goals of harmony and readability.

By having a dial slanted at a three-degree angle to the case, down towards the crown at 6 o’clock, David provides the optimum angle of readability for the wearer – and adds a discreet stylistic touch as he does so: the dial’s surround has been kept horizontal, parallel to the sapphire crystal and case. As a result, the gap between the central dial and its surround is narrower at 12 o’clock and wider at 6 o’clock, creating a subtle variation in perspective.

Ans there’s more. The sun-brushed blue dial is slightly rounded, sporting the hour ring at the top in the centre and Arabic numerals around the edge. Swiss Super-LumiNova® ensures the markings remain visible by night as by day. The gently curved, skeletonised hands, marked with red Swiss Super- LumiNova®, follow its contours.

The piece as a whole is protected by a sapphire crystal, extending over the secret, retractable crown, covered by two patents and positioned at 6 o’clock, beyond the rose gold plates engraved with ‘D.Candaux’ and ‘Le Solliat’. 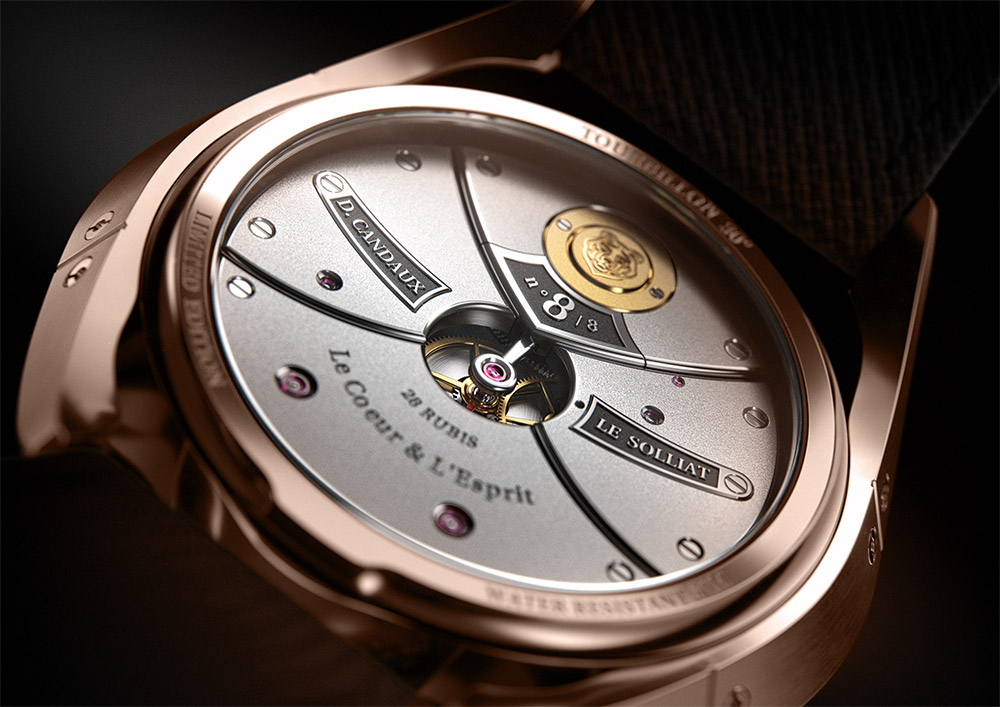 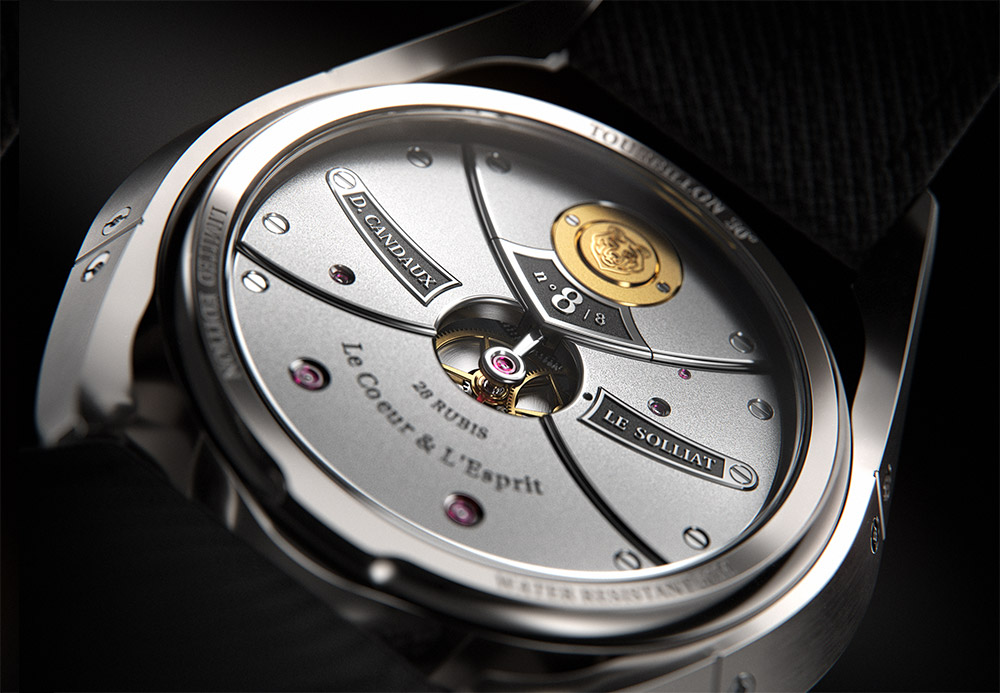 There will be two versions of the DC7 Genesis, one in a titanium case, the other in a rose gold case. Each will be strictly limited to just 8 watches. All of the components have been designed and assembled by David Candaux, entirely in Switzerland – and most of the decorations on the DC7 Genesis have been hand-crafted by the watchmaker himself.

For the bridges, David Candaux has devised a never-before-seen decoration, made using Turkish oil stone, almost impossible to find today. Combined with a certain type of wood and oil, it can be used to achieve a perfectly uniform, finely frosted surface, in contrast with the perfect sheen of the bridges’ black polished angles.

The DC7 Genesis is waterproof to depths of 50 metres, and comes with a high-end rubber strap fitted with a Velcro band, making it elegant and comfortable to wear on all occasions. 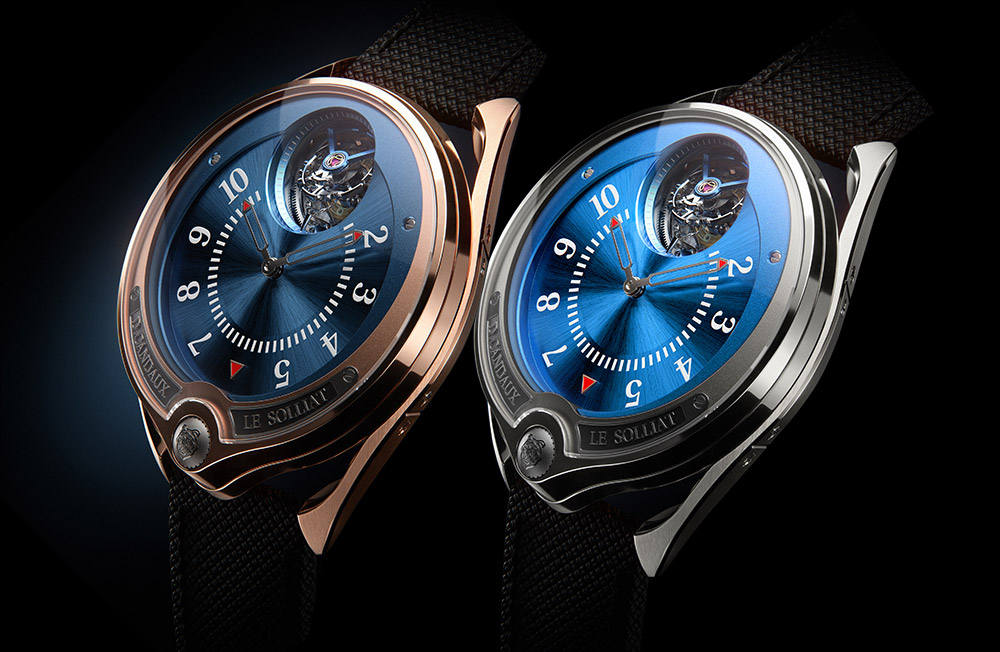